2010 the Cruisemaster team made their way from Brisbane to Birdsville through to the Flinders ranges and back again, this time with a Complete Campsite Exodus Barrington and modified Cruisemaster test trailer in tow. Some heavy rain resulted in large portions of the planned tracks being closed and what was open was kilometre after kilometre of mud. This making a trip the Cruisemaster team wouldn’t soon forget.

This trip would see the introduction of MoTec race-car performance measuring equipment to the test vehicles and a GoPro to better capture under chassis footage in HD. The R.A.T. Run also became more interactive with the introduction of an online tracker on the business website to see the teams progress daily.

The tow vehicles also received their 1st major upgrades from their stock form. With the inclusion of after market clutch, exhaust system and Dyno tune; the Landcruiser 100 series alone increased its power by 15%. 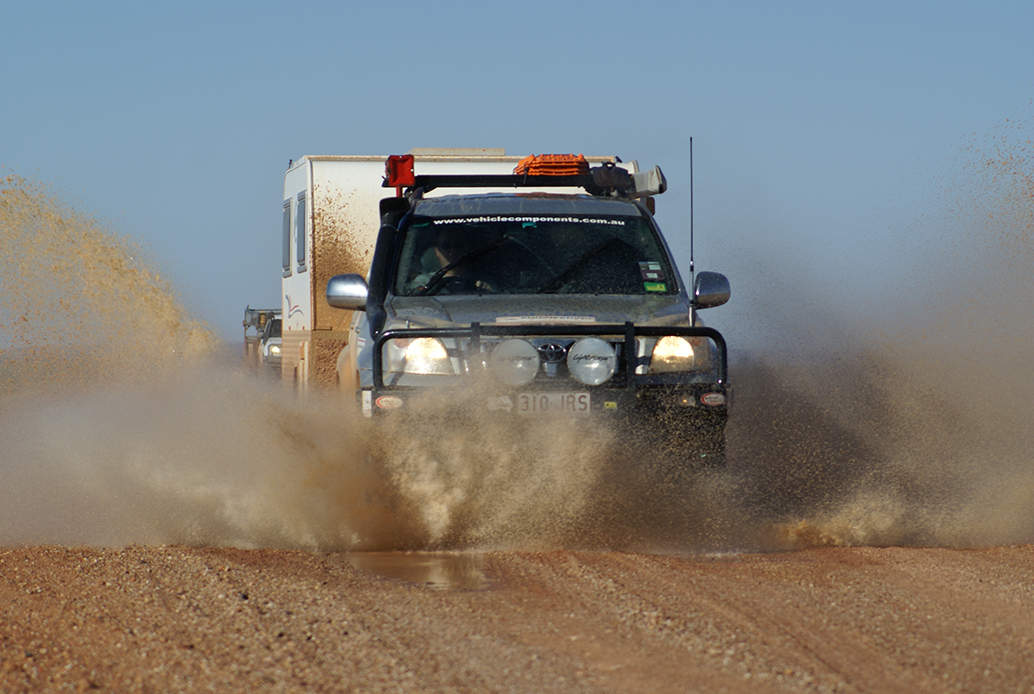 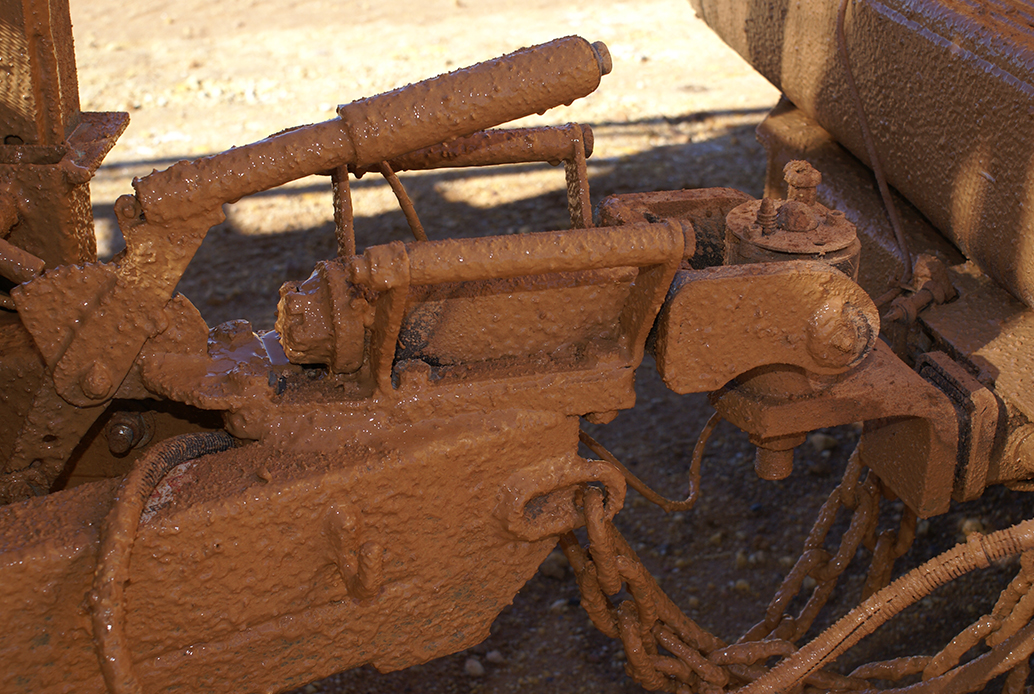 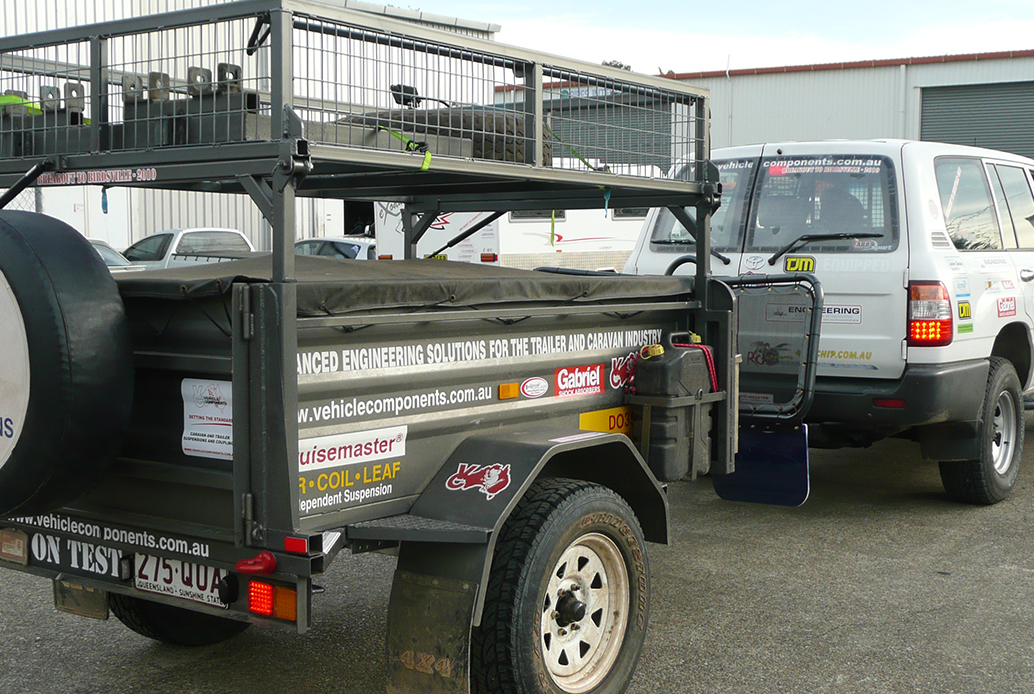 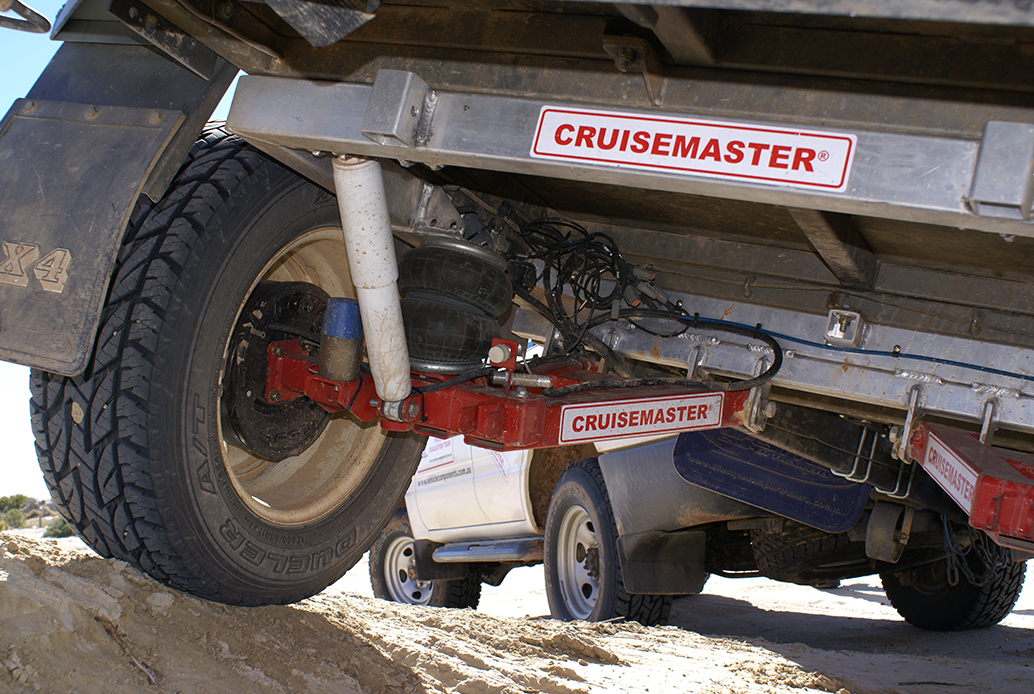 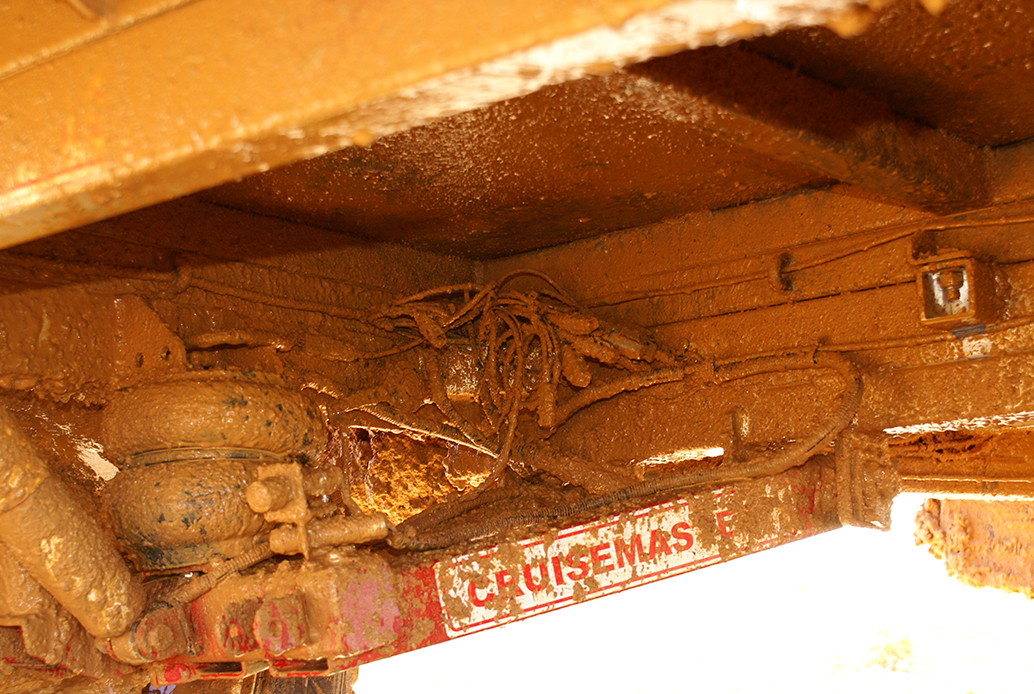 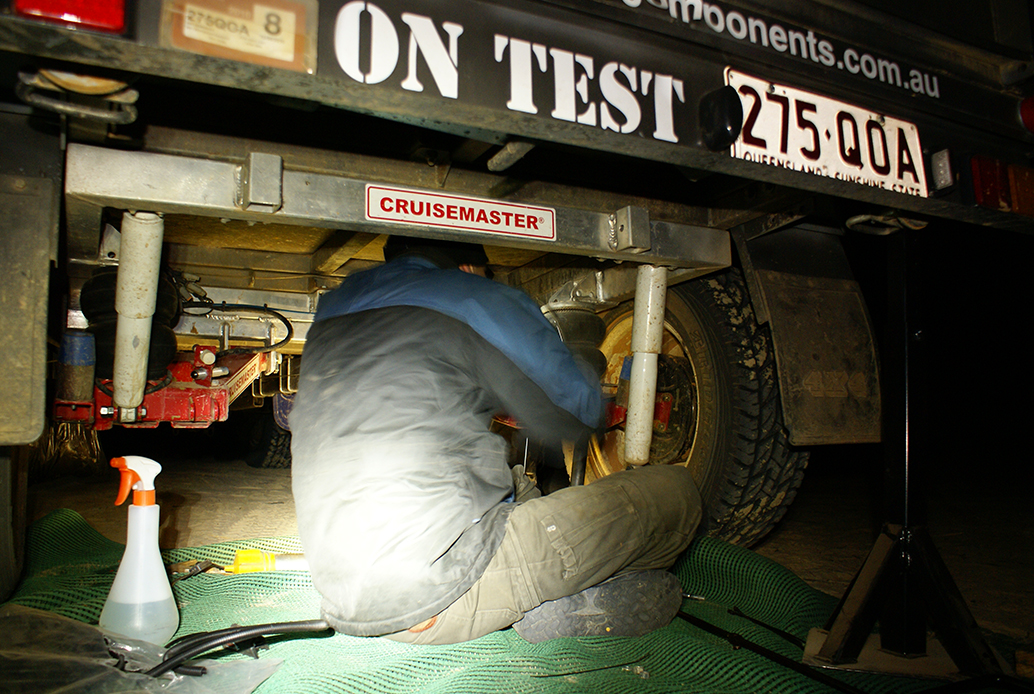 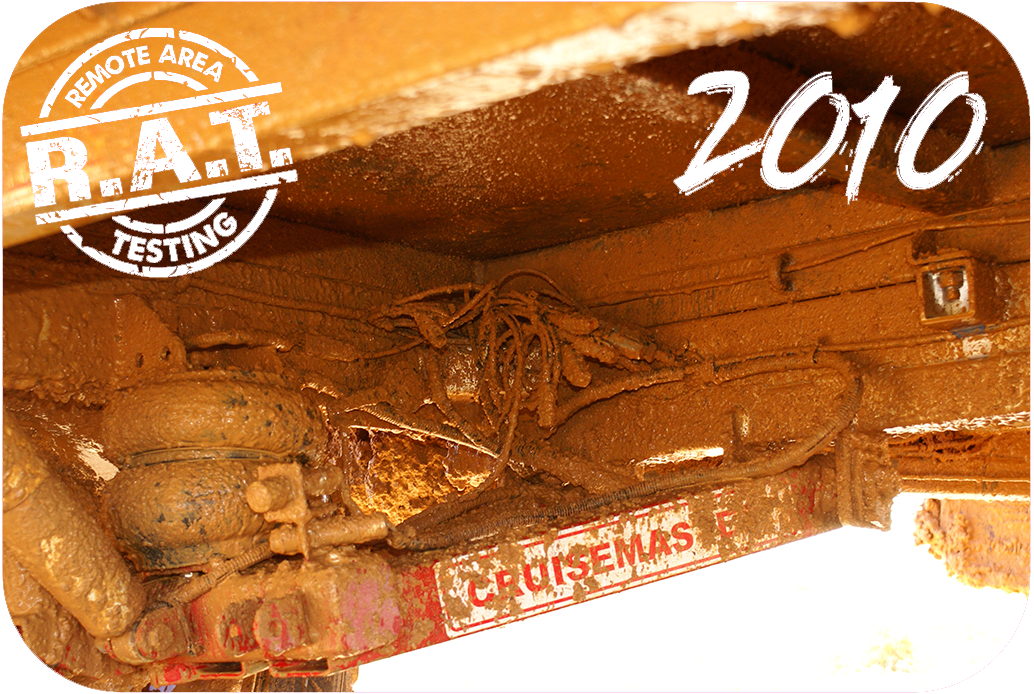